In this article, we will talk about the Significance of Mangalsutra in Hindu culture.

Mangalsutra plays a significant role in Hindu culture and traditions. Unlike Indian Bridal Jewelleries, Mangalsutra is not “just” an ornament and symbolizes the marital status of the women. In India, Hindu married women wear it as an auspicious thread of goodwill and love. Just like wedding bands are exchanged as a token of love, in Hindu culture, Mangalsutra is considered a token of love that is tied around the bride’s neck by the groom on the wedding day. Read on to know more.

The cultural significance of Mangalsutra


As per Hindu tradition, a woman has to wear five signs of marital status – the Mangalsutra, toe rings, Kumkum, bangles, and a nose ring. The mangalsutra is considered the most important of all. “Mangal” means sacred and “sutra” means thread thus giving the name ‘Sacred thread’.

The concept of wearing Mangalsutra is believed to have originated in South India where it is called Thali or Mangalyam. Traditionally, it was a yellow thread smeared in turmeric paste that was tied in three knots around the bride’s neck. However, with changing times, it has evolved with black and golden beads on the thread and is now worn as a necklace.

The Hindu culture believes that a woman wearing a Mangalsutra must never part with it until her husband’s death. Also, if the mangalsutra breaks for some reason, it is considered to be a bad omen.


The Symbolism of Mangalsutra

In appearance, a Mangalsutra might look like a piece of jewellery. However, it holds a special place. It is a promise made by the husband to the wife of staying together forever. Mangalsutra also symbolizes the union of two souls (husband and wife) and protects them from all the evil in the world. To safeguard the married life of her and her husband, a Hindu bride (wife) wears Mangalsutra.


Though the concept of Mangalsutra was started in South India, it drifted to other parts of India and has evolved accordingly. This gave birth to different variations of the Mangalsutra with different patterns and designs.

For instance, in the Sikh community, the father of the bride presents gold coins and a gold bangle to the groom which is threaded in a black thread to form a Mangalsutra.

Apart from being a mandatory and traditional ornament, Mangalsutra has now become more of a style statement. Women now wear exclusive designs with different metals, platinum and alloys. Even diamond and pure gold pendants are trending.

Television soap operas are a driving force for women to change their mindset regarding the Mangalsutra. As a result, many women contribute to more sleek designs that complement their clothing.


The significance of Mangalsutra is much more than tradition as it offers numerous health benefits too. That’s right. The scientific importance of mangalsutra cannot be ignored.

As per Indian science, pure gold has numerous healing properties and the most important of them is a healthy heart. Ayurveda says that wearing a mangalsutra close to your heart (that touches the skin) attracts cosmic waves that support healthy heart function. It is also said that these waves help in maintaining a happy, healthy relationship between the husband and wife.

The health benefits of Mangalsutra includes:

Apart from the health benefits, the mustard-sized black beads are known to ward off evil while protecting the sanctity of marriage.


How many black beads should be there in mangalsutra?

A traditional Mangalstura is made by stringing nine black beads with nine gold beads. There are seven parts of the nine black heads in the two strands of a Mangalsutra. Four round-shaped gold beads are arranged in a square to form a central link. This helps to protect the woman from constant negative energy attacks.

The nine black beads in the Mangalsutra represent the nine forms of Adishakti. Adishakti means Primal Energy that protects a woman from the evil eyes. The black beads contain the power of Water and Earth elements while the gold beads contain Air and Fire elements that ward off evil energies.

By combining the four elements, the mangalsutra is formed that protects the husband and wife’s relationship.


Based on various Hindu culture customs, there are variations to the Mangalsutra design. You will also find various contemporary designs. 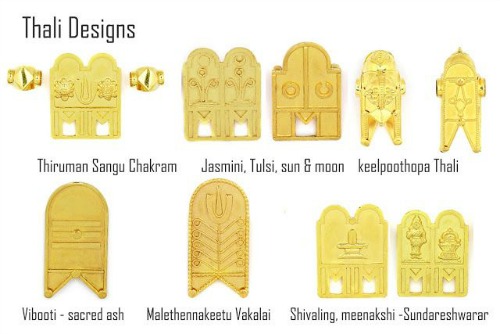 To keep up with professional demands of specific attires and outfits, many women are having to part ways with the mangalsutra and other ornaments. Despite all such limitations, contemporary Indian women still find ways to include the mangalsutra in their modern outfits by picking sleeker designs to stay close to the traditional heritage and maintain significance of Mangalsutra effectively.

In this article, we will guide you through Top 5 honeymoon destinations in Kerala that every newlyweds will fall in love wi ...

In this article, we give you the importance of Seven Steps – Saptapadi vows or Saat Pheras in Hindu Marriage. Marr ...

In this guide, we will explain everything about Kerala Intercaste Marriage scheme, how to file for intercaste marriage, its ...