Top 9 Advantages and Disadvantages of early marriage in India

Top 9 Advantages and Disadvantages of early marriage in India

It’s no surprise that many people are getting married at an early age. This includes our country where couples decide to marry below the age of 18. As a matter of fact, 33% women in developing countries marry early. But is it a wise decision to get married early? We give you Top 9 Advantages and Disadvantages of early marriage in India.

NOTE: Early marriage in India does not indicate child marriage. Child marriage is illegal and is not welcomed by any society. This includes our government as well.


Though marriage is a huge life-altering decision, it doesn’t call for the perfect time. As a result, it can take place anywhere because it is clueless. Couples are ready to dive into the sanctity of marriage the moment they feel they are ready for it. If you wait for marriage, you might even losing the right partner.


When couples marry young, they need not rush into things which includes having a baby. They can enjoy and relish their moments together without having to focus on children. When they are ready to have a child, they will be fully prepared for motherhood/fatherhood such as taking turns to take care of baby, especially at nights.


When a man and woman marry young, they will be parents of their kids by the time they are in their 30s. This makes them strong physically and emotionally to take care of their children. Moreover, younger parents can also be considered cooler parents. 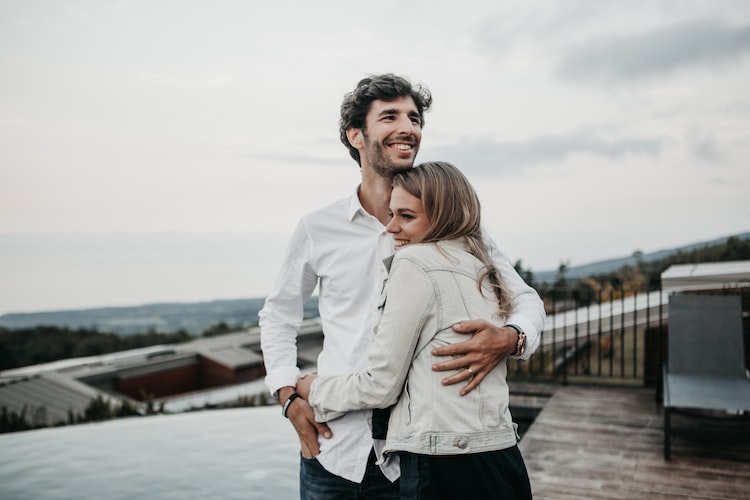 
Handling career, family, and household is not a piece of cake. Additionally, it is not an easy task to feed the kids after retiring. Hence, your children should be old enough to take care of themselves and their responsibilities as you retire from your job. Therefore, you should be financial stable to provide well for your family.


When you get married early, you will give each more space to each other. This will strengthen the bond and heighten the sense of understanding between each other. As a result, you and your spouse will be emotionally strong that will help you both to connect well with your families.


If you marry early, your responsibilities both as a partner and as a parent will increase thus making you a more responsible and sensible person. Regardless you are a man or a woman, being a good spouse and a parent will make you a better person establishing good relations with everyone.


Getting married at a young age means less baggage as compared to those who marry later in life. Also, young couples have fewer complications to straighten out that may have occurred from past failed relationships. For instance, for some people chastity is a crucial factor in which marital bed is the only place they would have sex. Some would marry early instead of denying themselves the love they deserve and as a result end up getting frustrated.


Marriage promises a hale and happy sex life. Both the partners can get to know each other and fulfil each other’s desires and have a healthy long-term relationship. Monogamy also reduces the health risks such as sexually transmitted diseases.


Disadvantages of Early Marriage in India


Needless to say, compatibility has a huge role to play in marriage relationships. People who marry young have no idea about their partner’s preferences. So when you are pushed to live under one roof, confusions and questioning may occur that can lower the mental and emotional compatibility. Eventually, relationship may end or lead to infidelity.


Men who marry at a young age may not be settled in life. Moreover, shouldering family responsibility means financial expense, backup and security. Similarly, problems may arise in terms of financial security when they lack the knowledge or education or if there are limited opportunities.


Women who get pregnant early are prone to risks of miscarriage or abortion. It is because they are probably not aware of things or not mindful of things which they should avoid. Poor dietary lifestyle can also lead to miscarriage.


If a women marries early, she can face the dilemma of having incomplete education. Basic education is a must in everyone’s life. Hence, every child must be properly educated at a young age to avoid marital complications.


For many youngsters, marrying at an early age means boarding into a Titanic. This is because rushing into marriage can lead into negative results. Being young, people have varied tastes and desires in life which can significantly change as you grow. As you develop, the maturity level and your perspective will change. This can cause compatibility issues that may lead to conflicts.


When people marry young, the women, especially has to swerve from her chosen career. Things can become worst if they are compelled to drop out of college or quit a job to make way for babies and handling family. Similarly, husbands are forced to compromise on rewarding opportunities when they are needed at home to help out the wife who cannot manage everything alone.


When women marry early, they are obligated to put their partner’s needs first thus restricting her freedom. This can cause a rut in the long run that can lead to conflicts.


Married couples may often have to deal with family’s problems and conflict that can take a toll on their relationships. Regardless, that they are both from different religions or not, taking sides can lead to arguments that can leave one emotionally worn out.


Now that you have read the advantages and disadvantages of early marriage, we hope you got a clear perspective.

Stating the obvious, life requires marriage to make a person complete. The choice to get married at an early age or a later age. That said, the most important thing is to get married where there is emotional stability, mental compatibility and financial security.

If you are looking for a life partner, register with us at Kerala Marriage and be one step closer to finding your ideal soul mate.

In this guide, we will give you 8 helpful tips to choose an engagement ring on a budget. ‘The man is down on one k ...

Are you a foodie? Then, you will love the Kerala Marriage Sadhya. A grandeur meeting of some of the scrumptious cuisines, ...

Check out the significance of Haldi Function in Indian wedding with Amazing Decor Ideas to make your Haldi function an unfo ...